This walk starts and ends at Piccadilly Railway Station.  It visits over 30 statues or public works of art around the City Centre, mostly with shared themes of Cotton, Free Trade, Liberalism and Nonconformism. The walks is entirely on urban roads and footways and is mostly flat.

Two quotations to start us off:

I lived so far north of the city centre the postman was Norwegian.  You can tell people in Didsbury are posh, they have grapes on the table when no-one’s ill.  There is an energy about Manchester that seems lacking in other cities, and if you see what the pigeons can do to a statue in Albert Square, the birds have it too.  People think it always rains in Manchester.  Not true, though I admit it’s the only town in the country with lifeboat drill on the bus routes.

I would like to live in Manchester.  The transition between Manchester and death would be unnoticeable. 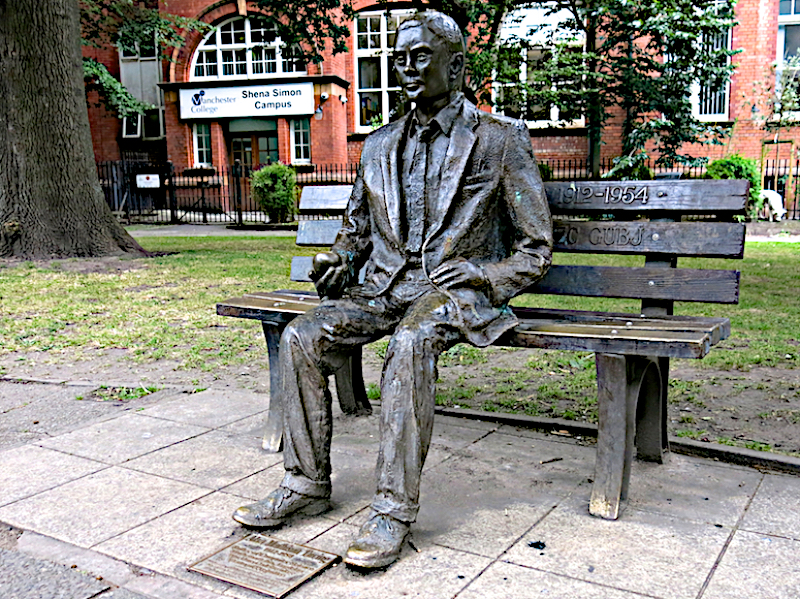 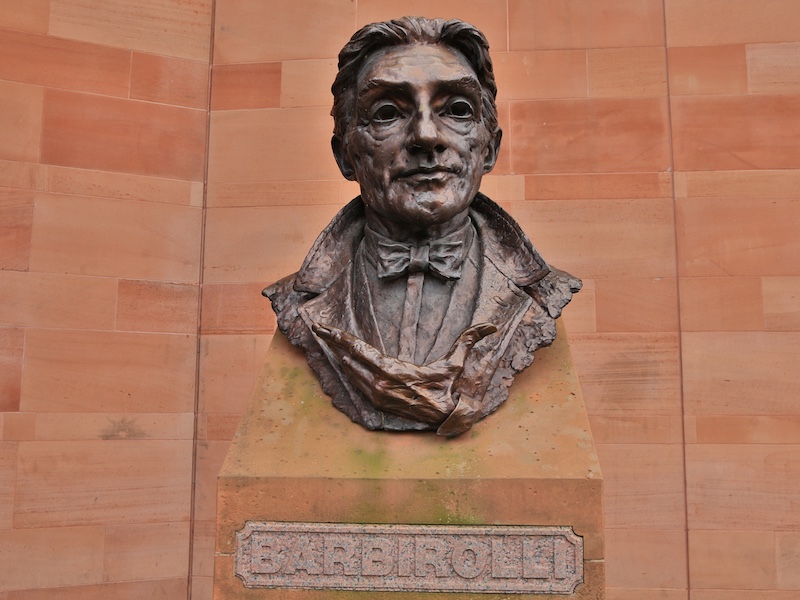 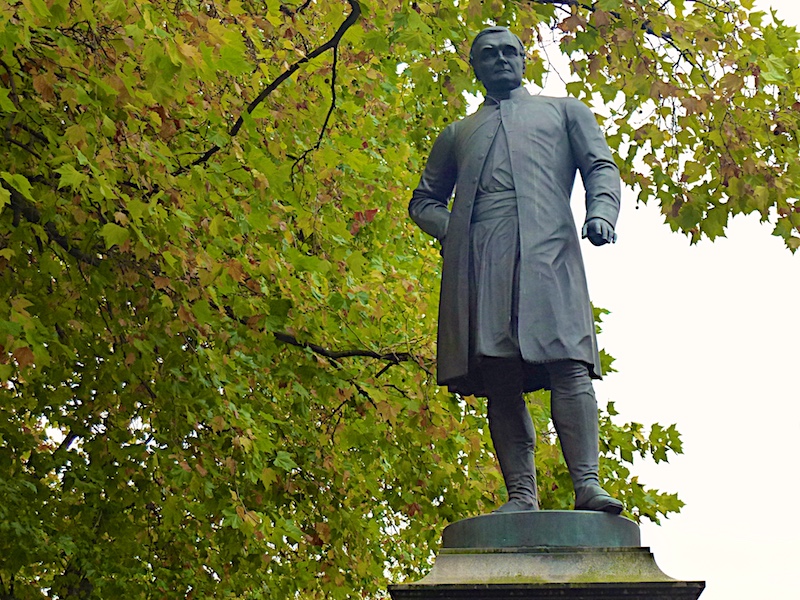 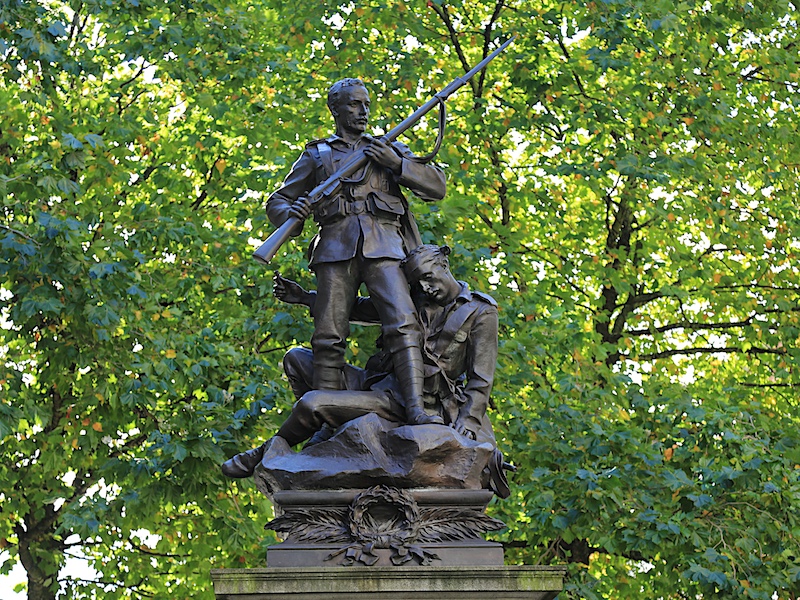 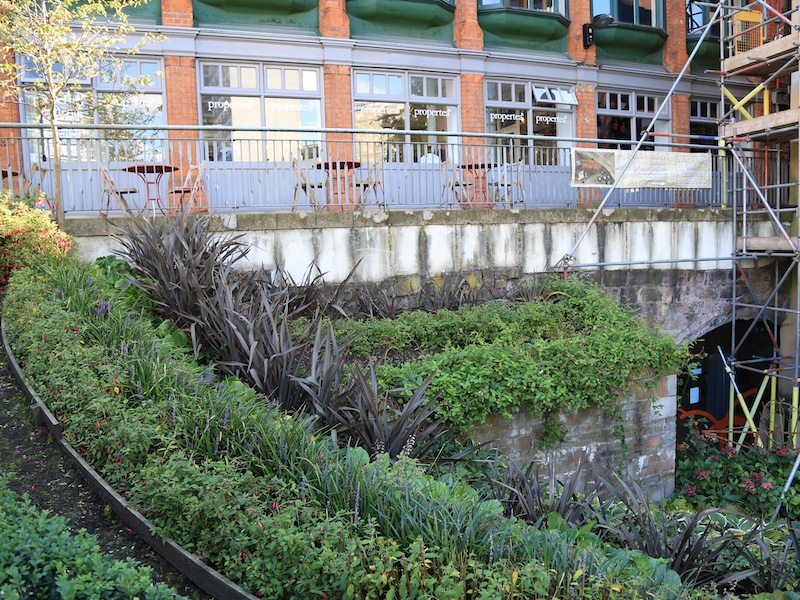 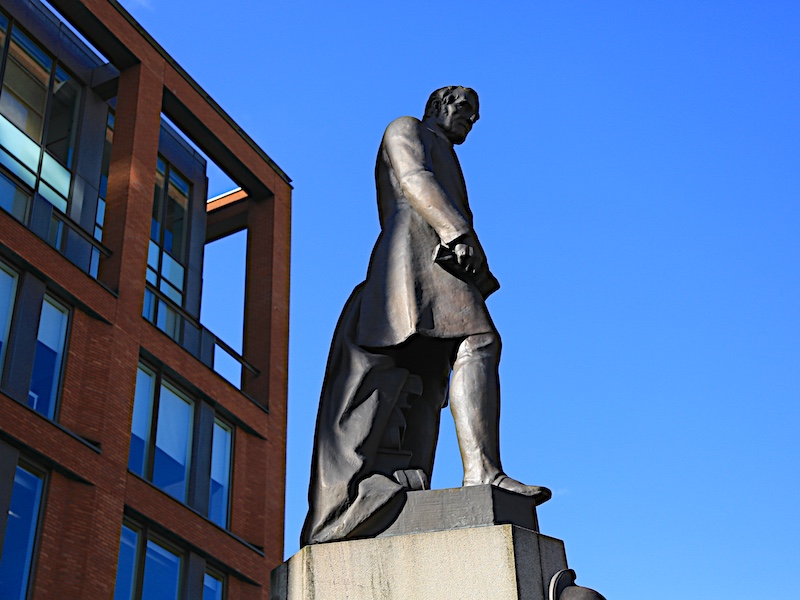